The Book of cinema

No servitude to film industry, a director of genious.

A surrealist narration and poetic pictures

Wobbling between reality and oneirism 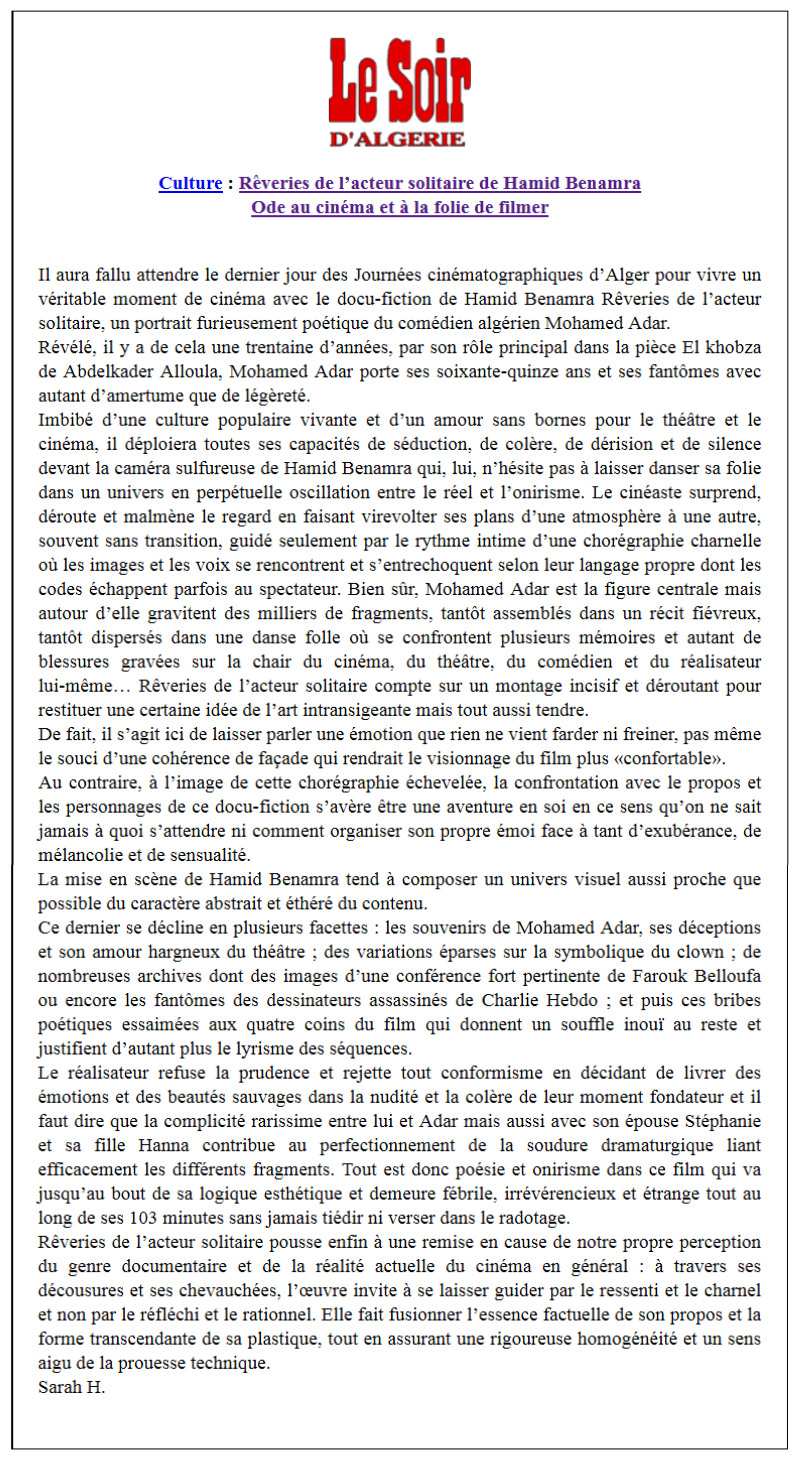 Shouts out so many emotions

A film made with love 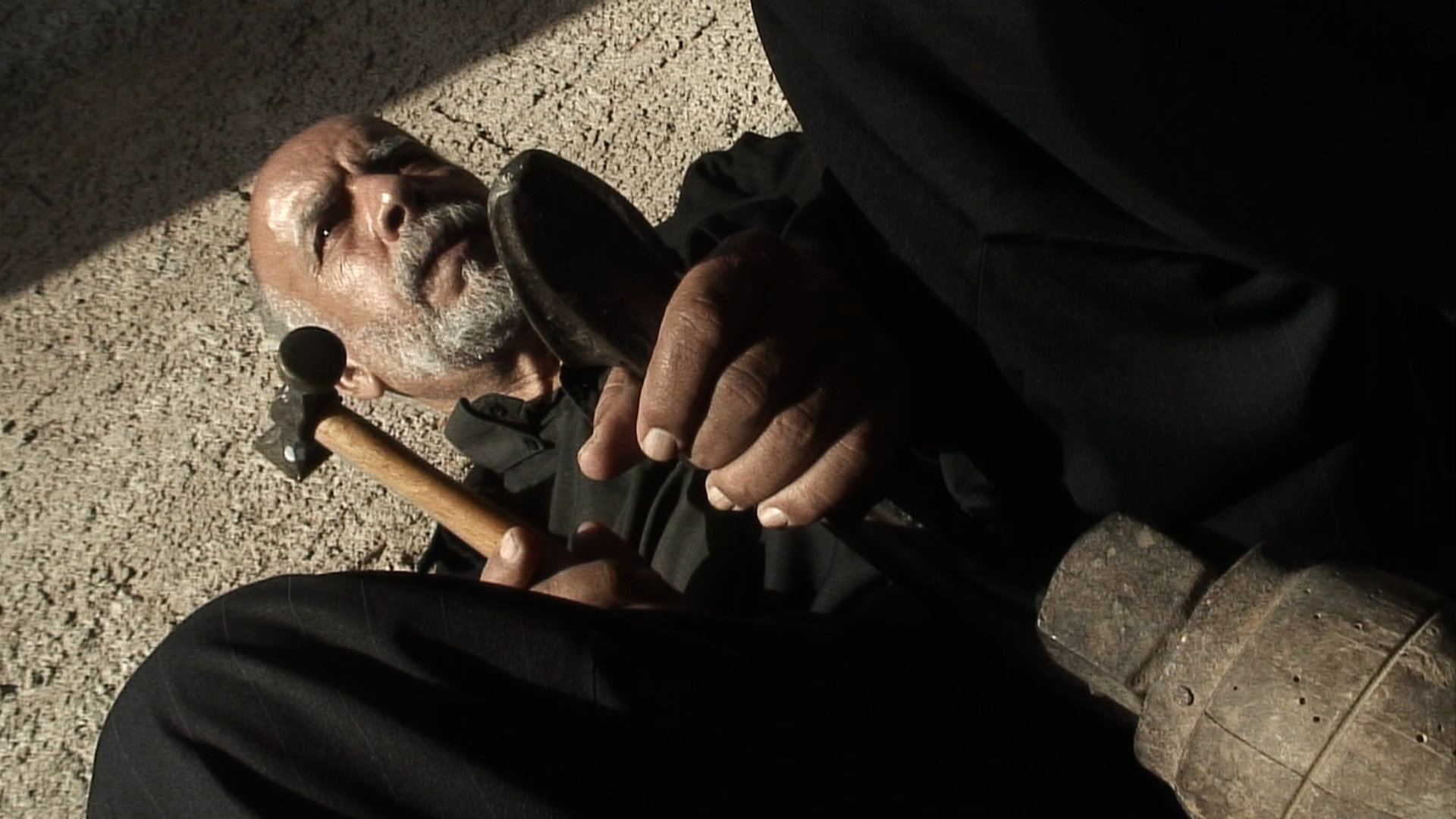 Reveries of the Solitary Actor

“To travel it is not to approach a destination, but the dream one puts in his luggage”

​"Contempt it is not to be slapped, but to be ignored by one's peers"

​An old actor loves both the stage and the camera lens. He wish he could play his first leading role : his own role.

​His character is staging a play about a cobbler who wish he could represent the common people to the presidential election.

​"​The lens is a mirror with a long-lasting memory"

​In 2012 Cabu, Wolinski and Charb of Charlie Hebdo did not know they would be murdered.

​"​He does not know where he should get off, he only knows it is a first class film travel"

​What's real and what's not? The actor's memories question the director's projections. 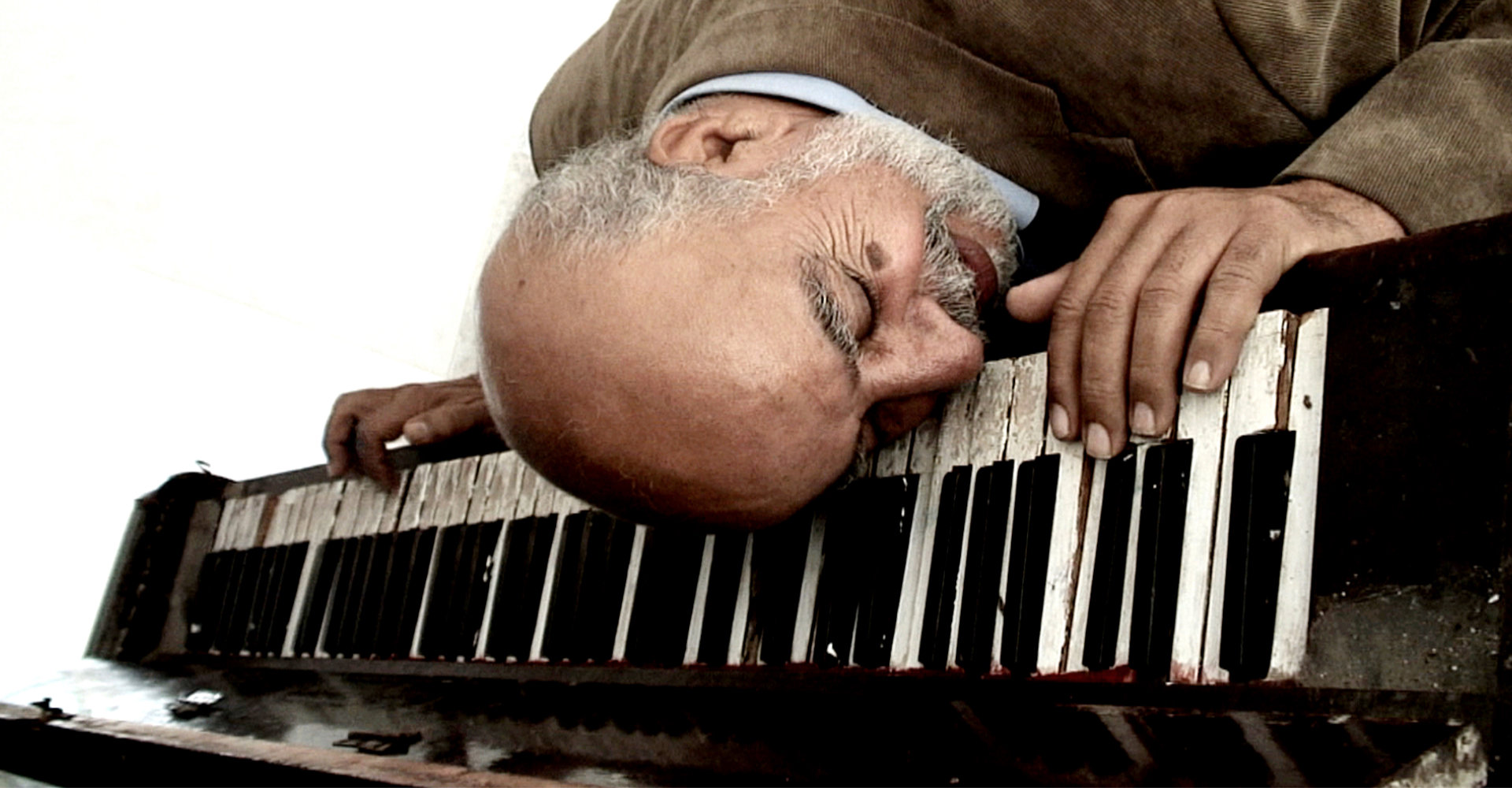 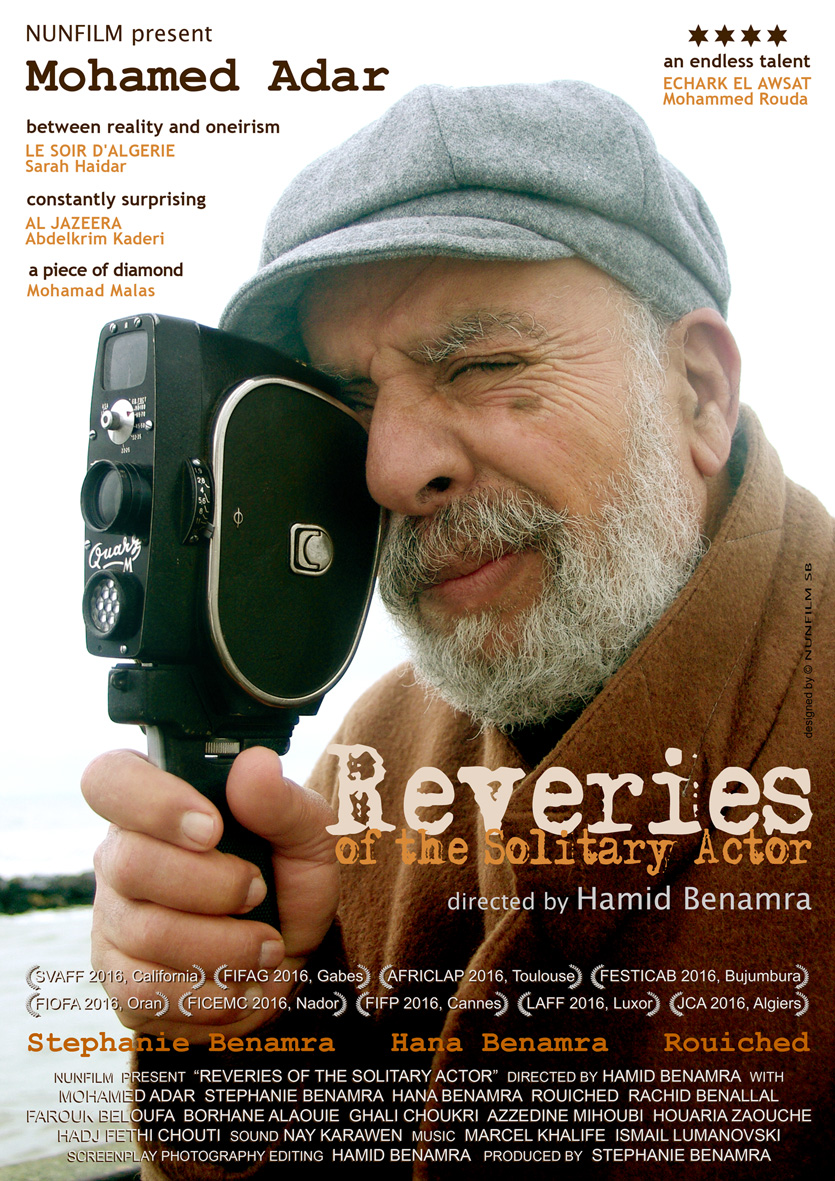 Reveries of the Solitary Actor

a play written by Azzedine Mihoubi